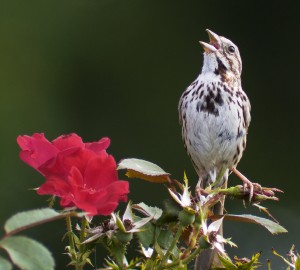 I have thought more than once that I’ve been up and I’ve been down and I am just looking for my middle ground. I have written it. I have spoken it.

Sometimes I sing it.

A friend asked me once a question that gets thrown around a lot these days. It was thrown to me. “What would you do if failure was not an option?”

I can’t sing.  In high school music class, I would mouth the words because I didn’t have the confidence or the courage. I did not believe that I could sing. I was ashamed of my voice and what it was hiding.

I cannot imagine a greater joy than a singer when they are singing their song, connecting to the music, expressing themselves through their voice and not holding back. It is power, beauty, courage. It is uplifting to hear the power of a voice that has liberated itself from fear.

I was taking singing lessons from a vocal coach until recently, and what I thought would be the most awkward challenge I’ve taken on in my life, became one of the most exhilarating and the most liberating. I am now a participant in humankind’s greatest achievement; music.

I won’t win a Grammy, but maybe I will practice a song and exercise my voice and have the courage to sing it at an open mike event with my friends in the audience one day. Some summer night, I might be the cool guy that picks up a guitar and plays an Emmylou Harris song and sings around the campfire in the glowing spotlight of burning wood blue and orange.

I can’t hit the high notes.

I warble in the low notes.

But I will reach my middle ground.

I am exploring something that I can’t fail at and that makes me happy and joyful and that is something I will fight for. I have a right. I have a voice. I will sing my song.

I encourage you to take seven minutes out and listen to this, I was surprised how common sense yet so powerful it is. Click below to take the time to explore and discover your middle ground.

– should you wish to explore this further –

‘Do not die with your MUSIC still in you.‘

2 thoughts on “Finding My Voice: One Note At A Time”